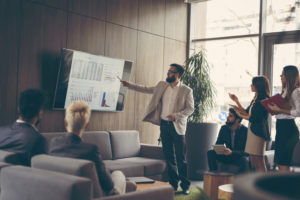 The industry witnessed firsthand the trend of more and more companies adopting SaaS platforms as part of their overall technology strategy. Additionally, we saw infrastructure services experience massive growth, particularly for AWS. This service accounted for 55% of Amazon’s operating profit, though it only contributed 12 percent to net sales.

SaaS companies themselves also experienced significant growth, with numerous high-profile brands going public. Perhaps more than any other, 2018 was a banner year for SaaS — and it appears that the growth isn’t going to be curbed any time soon. So what does this mean for SaaS businesses right now who are considering their options for raising funding?

If You Want to Grow, You Have to Know

There are multiple financing options out there for SaaS companies. You likely already know this and have explored many of them. You may even have obtained one or more and worked through the relationship, hopefully resulting in a positive growth experience for you and your team. In the end, however, different forms of financing put companies in different positions. Let’s unpack a few of the more well-known options.

We recently conducted a survey on the state of the SaaS industry. In it, we asked what forms of funding company owners and leaders sought, what they ended up choosing, how they used it, how it benefited them, and so on. Most participants stated that they considered venture capital as a source, often more than once. And nearly just as many said they would do it again. What concerns us with this result is the fact that more and more, it seems SaaS owners are willing to give up one of the most valuable (and seemingly intangible) assets that they have in exchange for funding: ownership.

Equity investment is great. You get the resources you need, you get insights from your partners, and you likely get a complete experience including introductions to valuable contacts, access to certain data, etc. But in each round, you lose more ownership. You lose more say. As an owner or leader, you have a plan and a vision. The value of being able to pursue those without any roadblocks cannot be overstated. If venture capital is on your agenda, carefully evaluate whether it factors into your long-term strategy. And remember, there are risks.

Bank loans are difficult for SaaS companies to obtain, particularly for early and growth stage companies, as the assets required for qualification are few and far between. And for those that do, putting up those assets puts your company at risk. Additionally, bank loans typically don’t feature the secondary benefits that other forms of financing offer, such as partner insights and advice, relationship building, and more. It’s just a loan. You get money, then you pay it back. Done. And while the capital may be what you need, there’s nothing extra there. There’s no added value.

Partnering with an angel investor is essentially smaller scale of venture capital (though not always). You get the funding you need in exchange for equity in your company. The partnership is typically much more hands-on as well and may even take a position on your leadership team (and board). That hands-on attention can definitely be helpful, but remember, it’s the same as venture capital. More funding for less ownership.

We may be a bit biased, but venture debt financing does offer certain benefits that other forms of funding can’t offer. First and foremost, you don’t have to give up ownership in your company or a board seat. That’s huge. Some lenders require warrants, but River SaaS Capital does not (ever). While the concept of going in debt may seem counterintuitive, the proof is in the math. You may not have the goal of exiting after several years, but if you do, there is a likely chance that your results will be more favorable, even after repayment. And don’t forget about the many other benefits of venture debt (and there are indeed, many).

We understand this is a big consideration and an even bigger decision. We’re happy to speak with you about your options, even if you don’t go with us in the end. What matters is that your organization pursues and achieves its goals, and if we can play some small part in that, we’d be grateful. At River SaaS Capital, we consider every relationship a partnership — not one that lasts the length of a loan, but one that lasts for far, far longer. Ready to learn more? 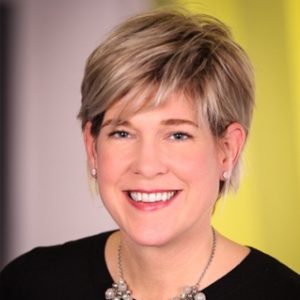 Get three recommendations to accelerate growth for the rest of 2020.